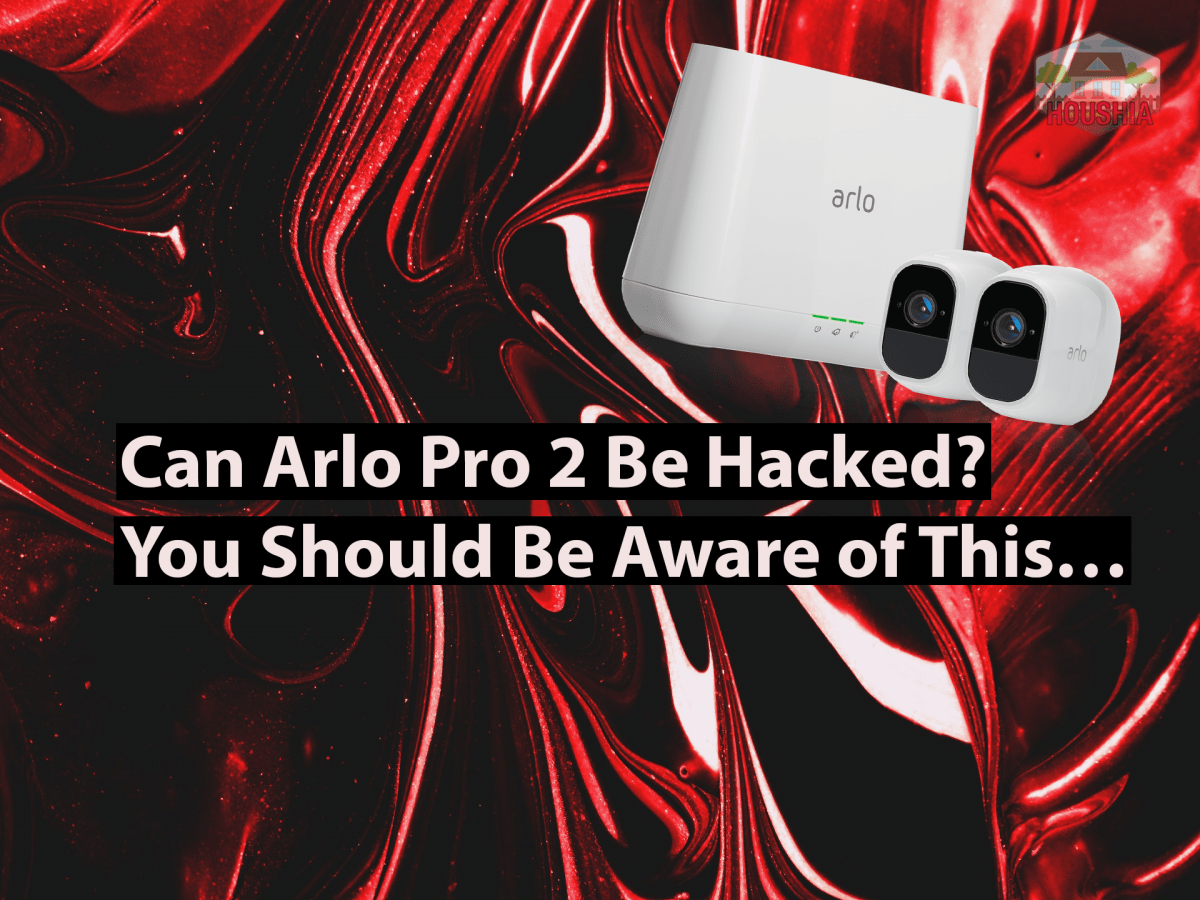 With the recent developments and news of smart devices being hacked, I decided to do my research on the Arlo Pro 2- being one of the smart cameras I have owned for sometime now. I believed that a high-end home surveillance system such as Arlo should be hack-proof- but it seems I was wrong.

So, can Arlo Pro 2 be hacked? Yes, it can be hacked. Arlo Pro 2 is one of Arlo’s wire-free cameras that must be used with a base station which is connected to the home’s Wi-Fi network. If the Wi-Fi network is hacked, then the cameras are vulnerable as well.

Hacking into the Arlo Pro 2 is, however, not as straightforward as you might think. This is due to recent recent software security patches.

Let’s get to understand this smart camera. What it offers and where is the vulnerability that hackers are looking out for…

The Arlo Pro 2 is a successor to the Arlo Pro. It’s a premium surveillance system that packages more than the ordinary cameras available in the market.

Some of the things I found out is that wireless connections on everyday home products are becoming popular and are exposing potential vulnerabilities to your home wifi.

The Arlo Pro base station is set up inside the house, where it needs to be connected to the router using the included Ethernet cable.

The pairing process between the cameras and the base station doesn’t require you to enter your home Wi-Fi password. This means that Arlo provides its cordless Wi-Fi connection.

The 1080-HD cameras communicate with the base station via this Wi-Fi, and while this may seem very secure, the hackers can still get in. So, weak security on your home wireless network doesn’t necessarily need to be the culprit here.

It’s time to see the different ways hackers can compromise the Arlo Pro 2. Let’s get into it.

The Hacking Process- Ways Your Arlo Pro 2 Can Be Hacked

Before we can see how your Arlo Pro 2 can be hacked, it’s important to state out some facts. For example, hackers seek to exploit the weak spots in the system before getting access to your smart devices.

They need somewhere they can start off. This means there is a way you can prevent hackers from messing with your surveillance system- by sealing off the security loopholes. We shall discuss this later.

Now, these are the vulnerable spots hackers will be looking to exploit.

The Arlo Pro base station connects to the internet via your home router, and this will be the most targeted entry point.

By getting access to your wireless router, hackers can easily manipulate the devices on the network. They may not get direct access to the Cameras, but they can intercept the data transmitted to the cloud.

The technologies for cracking wireless networks have been evolving, and some guarantees anonymity such that the hacker will overwrite crucial settings without raising a red flag.

Some of the frequent attacks on Wi-Fi routers include sniffing and denial of service attacks. The latter denies the legitimate users, network resources, and you can quickly tell you’ve been hacked.

Arlo has done a great job in designing a separate Wi-Fi network for the cameras and the base station.

This will probably take time and effort to hack compared to a shared home network. That said, intercepting the signals between the cameras and base station is still possible.

Signal interception is common with open Wi-Fi networks, and you’ll be forgiven if you presume that your Arlo cameras are safe because they don’t share your home network. Well,

I was also convinced until I came across some commercial Wi-Fi interception hardware that can crack both secure and unsecured Wi-Fi networks. You may want to see this for yourself.

This is probably the easy way, and many homeowners won’t give it the urgency it deserves. We all like sharing our frustrations in the many online forums about how certain devices are acting up.

An example is the Arlo community where homeowners share concerns about their smart gadgets. Leaving crucial information in such forums could mean exposing your home security to potential hackers.

Arlo owners must register an account for accessing their Arlo devices. There have been incidences where homeowners logged on to their accounts using the login options within the online forum, and their login details were stolen and used to access the files and camera settings. How the hacker spammed the login details, is no mystery considering that’s an open-source forum where privacy could be compromised.

We’ve talked of remote hacking, but there is also an option where the hacker finds physical access to the router. In such circumstances, the hacker will exploit the insufficient UART protection mechanism.

UART stands for Universal asynchronous receiver-transmitter– this is a computer hardware device that can be used to configure data format and transmission speeds.

If the security software is outdated, the attacker could connect to the UART port and use default credentials to log on to the account as the root user, then gain access to sensitive information.

Another hacking technique is where the attacker connects to the Arlo Base Station’s LAN to access the internal camera network interface. The hacker could then use the data to take control of the targeted camera.

Can I Tell If My Arlo Pro 2 Has Been Hacked?

Yes, you can, but most hackers won’t leave a trace after completing their assignments.

Some people won’t even know their smart devices have been hacked until it’s too late. So, how can you tell if your Arlo Pro 2 has been hacked?

Before you can conclude that you’ve been hacked, it’s important to contact your manufacturer and report the incident. They should be in a position to identify the problem and advise accordingly.

Preventing Hacks Into Your Arlo Pro 2

If you can identify the security gaps early enough and work on resolving them, hackers won’t find a place to station their tools.

The manufacturer provides the majority of security fixes, but there are those you can handle yourself.

It’s always a good idea to update the software whenever a new one rolls out.

This is an option that’s available for all Arlo users. It adds a layer of security to your smart devices by ensuring the right person is accessing the Arlo account. A one-time password will be provided every time you log on to the Arlo account.

Keep the Router and Arlo Base Station in a Private Room

This will keep the prying eyes off and prevent unauthorized persons from coming in contact with the router and base station.

Always keep your account information safe and private. You don’t want to share your login details with the other members in the online forums. It’s also a good idea to use different passwords for all your smart devices or online accounts.

Other Arlo Products That Have Been Hacked

Arlo products are some of the high-end smart gadgets you can find in the market. They have been designed to stand out from the rest, and very few cases have been reported as far as hacking is concerned.

Arlo Pro and Arlo Pro 2 users are so far the only ones who have reported hacking claims. Some of these claims turned out to be the common issues reported during software upgrades.

Also, unless the owner talks openly about their cameras being hacked, very few companies admit that their system is vulnerable to hackers.

Most will blame it on outdated software or some careless homeowner who mistakenly shared their login details.

As much as we can blame the manufacturer every time we learn of a hacking incident, it’s essential to know that cybersecurity starts with us.

If an intruder breaks in by disabling the alarm, we and not the manufacturer shall be on the receiving end.

Taking time to learn about the basics of cybersecurity is a crucial step to keeping us and our property safe from hackers.