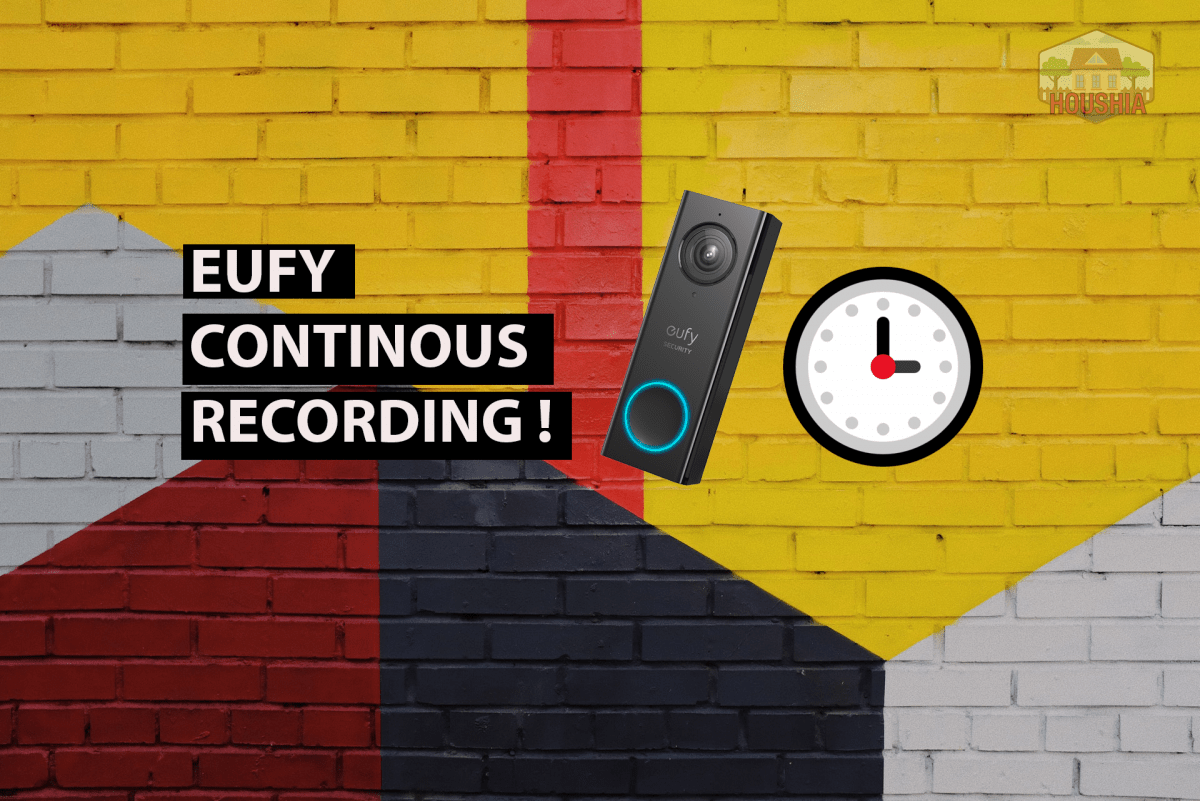 If you’re in the market for buying a new security camera for your home. Then EUFY is a great brand to consider. But you might be asking yourself if this security camera supports continuous recording? In this article we go deep into this question and provide a few workarounds that you might not have considered.

Can EUFY do Continuous Recording? No it can not. EUFY is designed for motion activated triggers. However you can increase the sensitivity of the motion mode to 5 seconds and set the clip lengths to 120 seconds. This is the closest you can get to continuous recording.

That being said, there’s lots to consider when you take into account continuous recording. So let’s dive into this article and answer this question…

There’s lots of reasons why this security camera doesn’t support continuous recording. But if you had to press me to come up with the two main ones, then they are:

Incidentally, if you do want to attempt to do continuous viewing, then you’re most likely going to need to permanently plug the security camera into a power supply, either solar or through your mains system. This can affect the waterproofing of the camera and where you don’t have overhead protection.

I would recommend getting a case or covering for the security camera. This way you can protect the sensitive connection between the power supply and the camera itself.

Do You Really Need Continuous Recording?

Continuous recording isn’t as useful for home security as you might think.

Just think if you left your cameras recording 24/7 for an entire month. If there was a specific piece of footage you wanted to find. How would you quickly find it?

Combine this with the fact that you might have several security cameras. You will then have to search through the footage for each camera individually.

This is why companies like EUFY and Ring and Blink go to great lengths in recording only the bits of footage that actually matter to you.

From a technical perspective as well, the sheer amount of data becomes cumbersome. You’ll need to invest in hardware to store this data. And if your cameras are recording in high resolution such as HD or 4K, then that data from the footage could be considerable.

Then, further questions such as How do I protect the data? In the event of failure of hardware becomes a real issue. Hardware manufacturers themselves promote hard hard drives, specifically designed for security footage. And as you might have guessed it, these hold an additional charge compared to regular storage mediums.

You can setup continuous viewing!

This might be closer to what you actually want when you search for continuous recording. Let me explain.

The good news is you can technically do this with a EUFY security camera. This involves bringing the security camera over to home kit. From there you’ll be able to view the real time footage uninterrupted.

If you want a continuous view (not record), you can do this through the Eufy app, but you will get a warning dialogue box every couple minutes, which is annoying.

The work around is to use homekit integration. Yes, this drains the battery faster but you can simply turn off the app on your phone and it no longer is continuously viewing. You could also look at a way of recording the footage in home care, but up until now I haven’t quite figured out how to do that.

If setting up an elaborate work around isn’t to your liking. Then one possible solution is to increase the sensitivity of the detection zones at the security camera monitors. That way the camera has a higher probability of recording even the slightest motion trigger. Which would increase the amount of footage that your camera captures.

The great thing about this is you don’t have to do any work around this software that’s built into the camera system itself. Not only that. If you find that the triggers are going off too often, you can always reduce the sensitivity of the detection zones and the human face detection. So you get to experiment in effect.

This, in all honesty would be my preferred way of working with you FY cameras. Especially since it doesn’t require any specific know how.

To do this, simply go into the app and load up a camera. From there you’ll be able to draw a grid or square on the camera footage to let it know where exactly to record motion triggers. Typically you’d only want to do this to, for instance, your porch. And remove any motion triggers from exterior stimulus such as the road or foot traffic outside of your house.

Personally, though I think continuous recording is overrated and the companies that manufacture these cameras have figured that out, as well. Ideally you only want to be alerted by your security camera if something is actually happening. To me, great technology is where it just works and you don’t have to maintain it or handle it all the time. Unless you are a tech enthusiast, you basically just want to set it and forget it.

If after all this you still want to go down the route of continuous recording from your security cameras. Then I’d recommend switching to a different product rather than EU FY.

I could write an entire article on this, but. To give you an idea. Spot Cam would be my recommendation as it supports continuous recording and while I don’t normally recommend cloud based solutions, given the amount of data you’re likely to amass from recording 24/7, I would suggest signing up to the. Subscription fee for this service. As the company themselves or handle all that data and make it freely available to you.

Eufy Is a great brand and they make some amazing products. The security system they’ve developed is second to none. And I love the intelligent AI software they developed to only trigger alerts when you really need to see them. This reduces noise and false detections, and means you’re not constantly checking your security cameras, which in all honesty can add a little paranoia to you.

These cameras work silently in the background, giving you the peace and rest assurance that your house is as secure as it can be. In the event of a break in.

If you did want to get continuous recording on your cameras, I’d suggest going elsewhere, but I’d also really think about if you actually need that. While continuous recording is super useful in a commercial setting, it’s not necessarily the best feature to have for your home.

Okay, that’s it for this article. I hope you’ve enjoyed it. We’ve written several other security camera articles on EUFY. Covering topics like can eufy cameras be hacked? And how do you maintain a uefi camera battery?

You should definitely cheque these articles as I think you really find them interesting and useful.