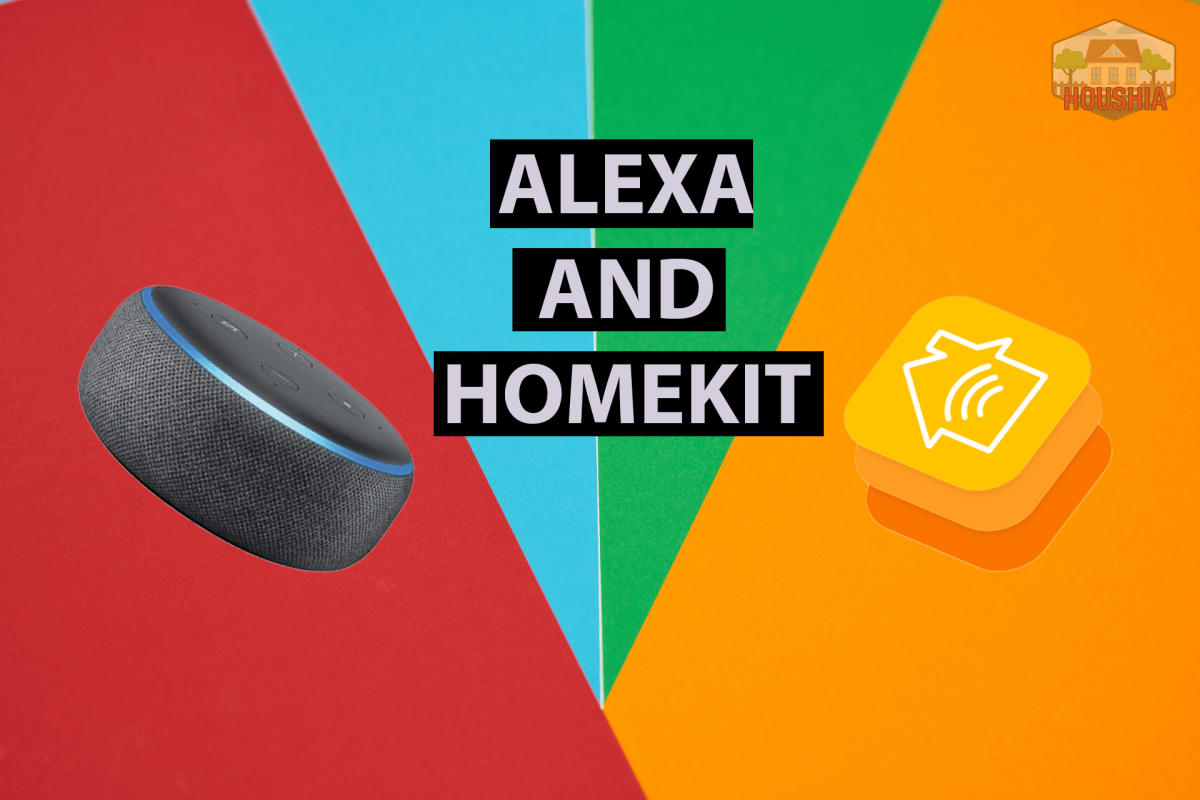 As we practically live in the world of smart homes today, you’ve probably heard of the popular smart home platform, Apple HomeKit, and Siri’s rival, the digital assistant Amazon Alexa. If you’re an iPhone user, the Apple HomeKit may have been your default choice — except that you’ve heard of the amazing support Alexa has for a wide range of smart devices. In this article, we’re going to tell you whether or not you can get the best of both worlds, that is if you can integrate HomeKit with Alexa.

Does HomeKit Work With Alexa? The simple answer is no, you cannot integrate the digital assistant Alexa with the smart home platform Homekit. However, you can install the Alexa app on your iPhone, pair your iPhone with Alexa on an Amazon Echo speaker, or control Apple devices with Alexa.

As expected, Apple does not want you to use any other digital assistant aside from its beloved Siri. This does not mean, however, that Apple’s door is completely closed off to Alexa. In this article, we will be discussing how you can set up and maximize the use of the Alexa app on your iPhone. We will also tackle how you can use home hub controllers to link Apple devices to Alexa. Simply said, if you want to know just how much of Alexa you can integrate with Apple HomeKit, this article is for you.

Getting to Know HomeKit and Alexa

What is Apple HomeKit?

Apple HomeKit is basically a smart home system that enables you to control all your smart devices in one place. Through this platform, you can create commands for rooms and trigger actions by going to the app or talking to Siri. Of course, aside from controlling smart lights like Philips Hue, you can also tweak other smart home appliances by changing the thermostat or locking doors, for example.

What is Amazon Alexa?

To define it simply, Amazon Alexa is another Siri. It is a digital assistant you can talk to — to ask about the weather, to make video calls, or to even just play a song for you. Today, Alexa is available as an app, but it was originally just integrated into Amazon products like the Echo. Currently, Alexa is available with other smart home devices from Amazon including the 2018  Fire TV.

Amazon actually prides itself on having Alexa mimic real-life conversations and understand voice commands accurately. In fact, if you didn’t know, “Alexa” is the “wake trigger” that signals the system to listen to the command you are about to say.

What is Amazon Alexa’s Edge Over Apple HomeKit’s Siri?

The simplest answer is that Amazon Alexa is compatible with a whole lot more smart devices than HomeKit’s Siri. This comes as no surprise as we may well know that Apple strictly controls the list of devices that can work with HomeKit. One article from the Business Insider says that on one side, this may be a positive thing because it ensures the security of your network. However, it also keeps your options very limited when developing your smart home. Unfortunately, it’s really one or the other when it comes to these smart home platforms.

How to Use Alexa With an iPhone

If you want to use Alexa with an iPhone, you can download it on the App Store as long as you have iOS 11 or later.

How to Set Up Alexa With Your iPhone

After installing Alexa from the App Store, you should be facing the setup page of the app. Expect that it will assume you also got an Amazon Echo so there might be some instructions for configuring such ‘new device’ too. Aside from that, you should find the process intuitive after you tap “Begin Setup” as long as you follow the directions and sign in to your Amazon account. If you do have an Amazon Echo, set that up too.

How to Use Alexa on Your iPhone

On the Amazon app, there is a button at the bottom of the interface. Tap this button when you want to talk to Alexa and give it a command. By doing this, you don’t even have to say “Alexa” before your command because it begins listening to you the moment you press the button. Note that talking to Alexa on the app and Alexa on the Amazon Echo are not different! You can do with your phone what you can do with a smart speaker. So, on your phone, ask Alexa a question or control a smart home device, it should work as if you spoke to an Echo.

Other Things You Can Do With the Alexa App

The home screen on the Alexa app features 3 different tabs – the Communicate tab, the Play tab, and the Devices tab. Before you can use the Communicate tab, you would have to verify your name and mobile number and give Alexa access to your contacts first. But, after that, you’ll be good to go. You can make calls, send text messages, and even use Alexa as an in-home intercom system.

Next, the Play tab, as the name suggests, focuses more on entertainment. You can go there if you want to listen to some books and stream music from platforms like Apple Music and Spotify. Third, the Devices tab is for keeping track of the Echo devices that are connected to your account. If you only have the Alexa app, you don’t really need to worry about this. But, if you do have Echo devices, tap on “All Devices” to see the complete list of smart Amazon devices connected to the app.

Aside from these tabs, if you want to get the most out of your digital assistant, you may also want to try making Amazon purchases with Alexa. Definitely, these are just some of the things Alexa can do. Try exploring more to see what other things are possible with Alexa.

Can You Replace Siri With Alexa on Your iPhone?

As you might have expected, the answer is no, you cannot change the default digital assistant for your Apple devices. The simplest explanation would be that Apple does not want you to leave its ecosystem. This goes in stark contrast with Android devices that, nowadays, already give you the option of choosing between Google Assistant and Amazon Alexa. When it comes to the choices in this area, Android users are way ahead of Apple users.

According to BGR, however, there is a ray of light for Apple users as the company has begun to become more lenient when it comes to the HomeKit’s compatibility with other smart home devices. Well, a step, even a small one, is still a step nonetheless! Although, evidently, the majority of Apple users are still left disappointed and believe that this choice between Siri and Alexa is not something they will have to make soon.

How to Control Apple Devices With Alexa

Can you control Apple TV with Alexa?

The most accurate way to answer this question would be to say no. But, on the website “ProtectAmerica,” they were able to provide a workaround that makes the answer yes. Basically, since you cannot directly control the Apple TV through the Alexa app, you would have to use a home hub controller like Logitech’s Harmony Hub.

To do this, you would have to download the Harmony Hub app from the App Store. After setting up the app, look for, and add devices you would like to control from it. In this case, add the Apple TV. On the same guide from ProtectAmerica, they also suggested that if the Apple TV does not appear on the list of devices, go to search, look for the version of the Apple TV you have, and enter the account information for your Apple TV.

Once done, still, on the Harmony Hub, create an Activity and input the voice command you want to use when you want to turn on your Apple TV. After this, make the activity list that will enable Alexa to access the Apple TV through the Harmony Hub. Basically, you have to identify the steps you want it to take like, first, turning on the TV, setting the input, and connecting the audio. Lastly, don’t forget to save! All you have to do now is say the trigger phrase to enable the action.

You can also pair an iPhone with Alexa on an Amazon Echo by, first, bringing the phone near the smart speaker. After this step, turn on Alexa’s Bluetooth and pair it with your iPhone. Once paired, the Echo will appear on the Bluetooth devices on your phone and you can play any audio you want. To disconnect, just command Alexa to do so by saying “Alexa, disconnect my phone.”

To end this integration guide, there really are pros and cons to choosing a smart home platform system over another. In this case, you have to deal with the cons of the limited compatibility that comes with the Apple HomeKit. However, as you’ve read through the article, there are workarounds to these limitations if you are resourceful enough to find them. So, the next time you have a similar dilemma about smart home platforms and devices, take a deep breath, turn on your computer, and do your research. Trust me, it will pay off.