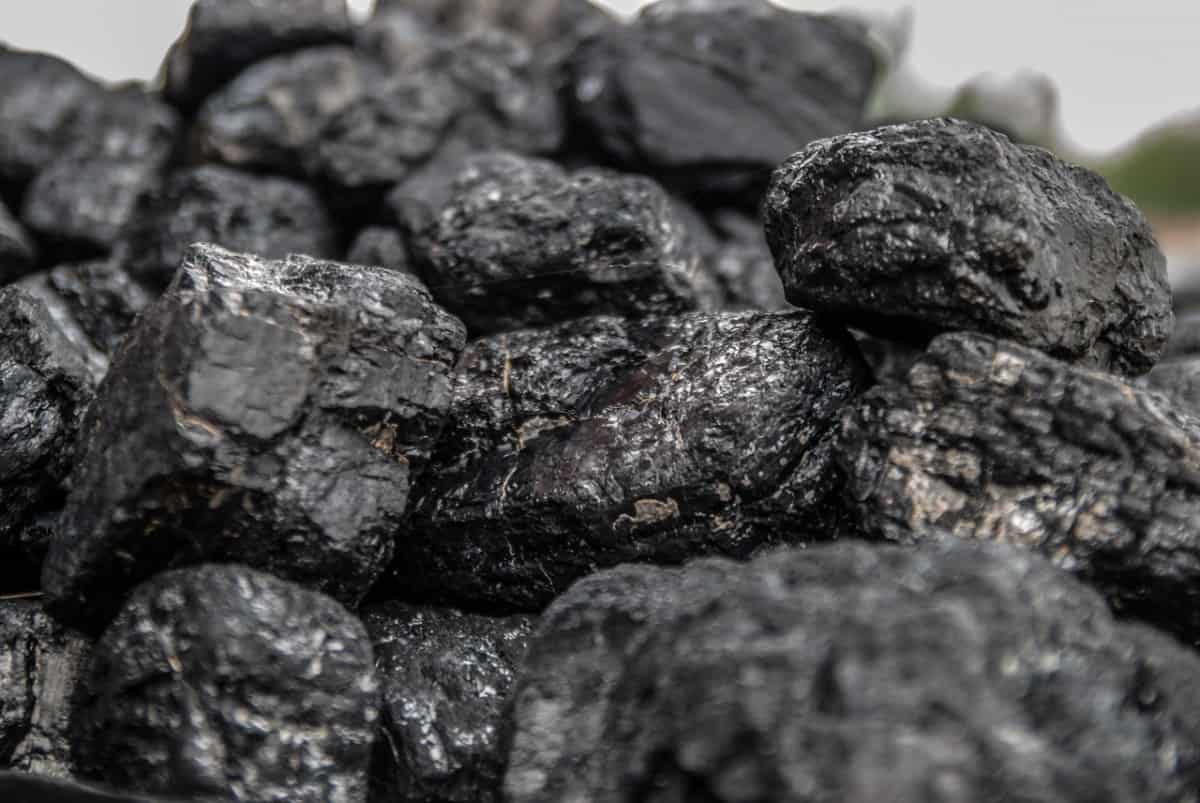 As using wood burning fire pits becomes more and more within urban areas, due to pollution, smoke and soot – which raises the ire of homeowners, neighbors and environmentally conscious city authorities, the search has started in earnest for alternative fuels to use.

Natural gas, propane, gel fuel, wood briquettes … all of these are materials that have gained in popularity in recent years.

But what about the original source of fuel – coal? Or charcoal? Or smokeless coal?

No, you shouldn’t use coal for fire pits. Traditional coal is a poor choice for fir pits, that’s because of the high contents of particulates including sulfur and other impurities trapped inside the fuel. However making use of smokeless briquettes is absolutely a good idea and should be encourages as a viable alternative to coal on a fire pit.

KEY FACTS WHEN USING COAL ON A FIRE PIT

Using coal in a fireplace or fire pit setting may sound good as a concept – after all, coal is acknowledged as a fuel for centuries on end – but one has to consider what type of “coal” to use.

There is a good reason that regular coal fueled furnaces are a thing of the past in most homes, though it is still used as a cheap fuel in India, China and many Third World countries.

There are many factors to consider:

The use of regular coal is thus cumbersome, environmentally unsafe and creates the need for regular maintenance of a fire pit – unlike gas or bio ethanol powered varieties.

It is more common to use smokeless coal or charcoal – in lieu of regular coal – in fire pits.

CAN YOU USE SMOKELESS COAL ON A FIRE PIT?

One of the alternatives to using coal, which can get messy, is smokeless fuel.

Smokeless fuels have gained popularity worldwide, especially for home or indoor use in crowded urban areas. They combine many of the positive qualities of coal as a fuel, but with very little, or no, smoke being generated.

They can be used in fire pits on the same basis, especially in city homes. They provide a clean source of fuel, are readily available, easy to use and generate consistently high heat.

In many countries, there are strict guidance as to the sulfur content of smokeless coal – it must be less than 2%. Such low sulfur coal is mixed with anthracite and petcoke.

The briquettes are held together with a binding agent, typically a high starch medium such as dried or ground boiled or steamed potatoes.

Anthracite, known as “hard coal”, has an extremely high carbon content, and is known for its ability to produce high heat without much coal – making it an ideal mix material for fire pits suited for urban use.

CAN YOU USE CHARCOAL ON A FIRE PIT?

Another alternative fuel to coal, which could also combine some of the aromas of firewood – is hardwood charcoal.

Charcoal briquettes are made by pre-burning wood and other material in an anerobic environment. There are three varieties generally available in stores.

“Pressed” charcoal, made from wood pieces, seeds and other material, does not emit any aromas, while those “pressed with wood” such as hickory are used in order to generate the feel of burning wood. “Lump” charcoal is charred and blackened wood which can produce a chemical-free flame.

Charcoal is readily available at stores, easier to use and less messy than coal, and produces a clean flame with high amounts of heat.

Another advantage is that the amount of heat can be controlled better than wood, it will not flare up or down much, which makes charcoal useful for outdoor cooking.

For all these reasons, charcoal is a good fuel for fire pits.

IS COAL DIFFICULT TO LIGHT?

It can be initially difficult to get coal to the point of where the majority of its mass catches and sustains fire. As a result, it is customary to use kindling, be it paper, twigs or brush, to set the fire initially, and stoke it, till such time as the coal base catches fire.

Charcoal and smokeless coal share the same characteristic, though to a slightly lesser extent, and certainly they do not emit the type of smoke that coal does.

Once the mass of the coal starts to catch fire, though, it will keep going beyond the point where other material have burnt out or been doused.

The staying power of charcoal and smokeless coal (which due to its high anthracite content has even more energy per unit mass) makes them good material to use in a fire pit, whether in a patio or a garden setting.

One other solution, if you can afford to do so, is to use wood and coal together.

SHOULD YOU USE COAL AND WOOD TOGETHER?

Coal, charcoal or smokeless coal are often used together with wood pieces. To start with, wood chips or twigs may be necessary to get the fire going, as explained above.

Additionally, there are advantages to using wood together with coal – provided you can get away with the level of smoke produced by wood.

An ideal way to stack coal, wood and kindling may be as follows:

You can reverse the order in some cases, but the wood layer should be in between the coal and the kindling for best results.

When you set the pile on fire, the kindling will catch immediately, followed by the wood – it’s all cellulose driven heat that will not sustain for tool long. What it will do, though, is to fire the coal.

It may take the coal layer a good half an hour for the coal bed to really start glowing. Once it does, you are set for a good long time. Coal (regular, charcoal or smokeless varieties) has staying power and will keep providing residual heat long after the wood burns out.

In a wood and coal fire, the crackling flames of the wood are complemented by the glowing bed of coal that it lies on top of. Coal has tremendous energy mass, the coal-bed fire would likely keep burning long after the wood has burnt out and turned to ash.

The advantage of coal is the residual heat that lingers for a while, even after much of the pile has turned to ash. A well stoked coal fire will easily last throughout the night without care.

CAN YOU USE COAL ON ALL TYPES OF FIRE PITS?

In general, coal can be used as a fuel on most fire pits that can be used to burn wood, given that the technology and mode of use are similar. These fire pits can obviously handle the use of coal, wood and kindling together.

One exception would be the fire pits close to the house (e.g. on the patio) or in an urban setting. Traditional coal is a non-starter, the smoke and soot would be too much to handle.

Even with charcoal or smokeless coal, sustained high heat over a long time requires being watchful, lest something gets knocked out of the grates and creates a fire hazard close to the house.

Some of the more modern fire pits, used to accommodate alternative fuels such as propane or natural gas (for example, those featuring a fuel line that feeds into the fire pit itself) are not suitable for the use of coal (regular, smokeless or charcoal).

The sustained high heat and ash produced is likely to damage the lines with prolonged use.

Regular coal as a possible fuel for fire pits has largely gone out of style, due to the smoke, soot and grime that it produces, along with toxic carbon monoxide, makes it a no-no in the modern age.

This is one of the reasons behind the use of gas or propane fueled fire pits.

There are, however, a number of coal like fuels – especially smokeless coal and charcoal – that could be used. They provide many of the advantages of coal fires – with higher heat, equal sustainability and no smoke or pollutants impacting the environment

Why Do Fire Pits Have Holes in the Bottom? (The Simple Answer)