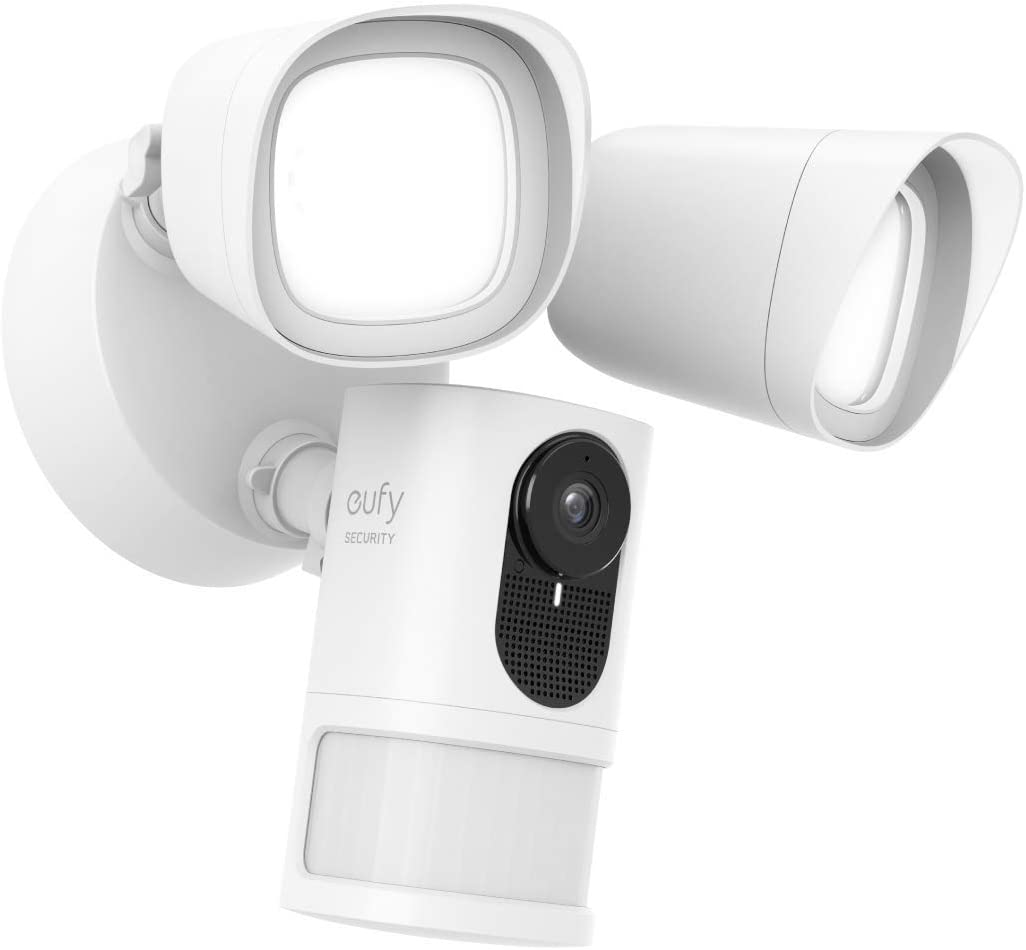 Eufy security cameras with motion detection have risen to popularity in the past years. Being easier to install compared to the wired CCTV, it’s no wonder that many people are considering getting one for their homes.

But with so many of Eufy’s products being battery powered, does the motion detection range reduce over time?

The placement of the unit, environmental elements, and device settings affect the range of Eufy cameras. Simple ways to improve range are by installing the device at an optimal height, reducing downward tilt, and adjusting the sensitivity level.

Knowing the factors that affect the Eufy camera’s detection range and the tips and tricks to work around common range issues. Can help get the most out of your Eufy device.

Contrary to what some people might think, the range of the Eufy camera’s motion detection (or any security cam for that matter) is not entirely based on how powerful the technology is. Many factors can affect its motion detection feature.

The good news is you can do something about it! Expect to do small tweaks when you install and use the unit. Take note that in the following items, I’ll talk about the actual motion detection function instead of the camera.

Eufy’s ability to detect movement has physical boundaries. It works with a 100-degree motion-detection field, meaning it won’t cover the whole area in front of the unit. To maximize its abilities, consider where and how to install the cameras.

The optimal installation height for the Eufy cam is 2 to 3 meters. Some users who place the unit too high experience missed alerts even when the object is very near the camera.

Placing it too low, on the other hand, will reduce the detection of objects that are farther away.

Aside from the height, how you tilt the camera also affects the detection performance. Often, owners position the unit facing a downward angle.

This is perfectly normal but tilting it too low reduces the distance where it can pick up motion, not to mention camera view reduction. When installing the Eufy cam, keep the downward tilt no more than 25 degrees below the horizontal.

There are cases when placing the security camera outside the house is not ideal. Whether it’s for fear of theft, tampering, or structural limitations, some users prefer to have their protection inside the house, specifically behind a window.

Practical as it may sound, this setup will not give the best motion detection. A glass window will reflect the device’s light back to itself making it inaccurate.

If this setup can’t be helped, place the unit as close to the window as possible. Consider putting a bright light source or IR emitter in the area that the device is monitoring to reduce the inaccuracy caused by the reflection. Remember that the Eufy cam will still not perform its best in this situation.

Placing the Eufy cam in corners not just increases the view of the camera but also maximizes the detection range. This placement is great if you wish to monitor specific areas enclosed by walls.

Imagine installing Eufy on the edge of the wall and ceiling, in the middle of a room. It will monitor the area in front and only a little of the side views. Now imagine having Eufy in the corner of the same room. This placement will cover the entire room’s view.

The Eufy cam is operational at -4°F (20°C) to 122°F (50°C). Some users reported false alerts from their devices on days where the temperature is very high. There are also instances when Eufy would trigger when a hot object like a car’s engine is close.

We can’t really control the weather. But try to remove or keep away sources of heat that may change throughout the day and cause false positives.

The elements can also affect the performance of the Eufy cam’s motion detector. It’s not that the unit itself will be damaged. After all, new Eufy cams are made in the IP67 standard making them safe from dust and water as long as they’re not submerged.

There are instances where users received false detection and reduced sensitivity during rain, weak wind, humidity, and fog. Surprisingly, there have been no reported issues related to snow.

One reason for these inaccuracies could be the radiation in the area scattering due to water droplets in the air during these times.

Sometimes, users just want to know if there’s a person on their porch, not if there’s a car in the street. With Eufy’s security app, you can create up to three rectangular areas in the camera view that you specifically want to be monitored for movement.

When you get too many false alerts, or no alerts at all, try adjusting the sensitivity level in the security app. This could solve your problem with just a few clicks on your phone.

Should You Camouflage Security Cameras?

As I’ve mentioned, Eufy uses PIR or passive infrared technology to detect movement. Basically, it checks for changes in infrared radiation coming from objects that it receives. For the Human-Only mode, this is backed by an AI to distinguish between humans and pets.

On cold days, many users have complained of the camera lens being foggy or having condensation inside. The Eufy unit is sealed but it’s not one hundred percent waterproof.

To avoid this, make sure to leave the silica packets that prevent moisture inside the unit. Many owners also DIY’d by using electrical tape to seal the unit further. If you want to go extra, try an anti-fog spray.

Poor signal between the camera and the home base (included in the Eufy set) sometimes results in missed notifications and recordings.

Some experienced an extreme drop in signal after just turning a corner from the home base. Avoid putting it too far or with too many obstacles from the cameras.

To ensure good signal, place the home base in a central location between all your Eufy cams. If there are walls, make sure to test each camera’s performance in the area where you plan to put them before installation.

Some users still have good reception 42 feet from the home base with three walls in between but this is not a guarantee.

If walls are inevitable, you may use the home base as a signal repeater or get an extra range extender to reach all the parts of your house.

The ideal – with security motion detection – is to know what you need to know when you need it, not when there’s a leaf falling from a tree in your garden.

Minimize these by pointing the device away from areas with dense bushes or trees. You can also take advantage of the detection zones to isolate areas that you don’t need to monitor.

Sometimes even a shadow can trigger an alert and you don’t want that. Remove obstructions like big branches that can occasionally get in the Eufy’s view or cast big shadows in that area.

The All-Motion mode is set to trigger an alert when the device detects any movement: leaves, small animals, shadows, etc. Depending on your needs, you may choose this mode but it could result in tons of alerts.

Consider this setting when the cam is watching an area with little traffic like the backyard or your garage.

Human-Only Mode uses Eufy’s AI smart detection to distinguish between pets and people and to trigger for human motion only. This is great if you have active pets at home. This mode is Eufy’s default and it can save you battery life.

Eufy’s units are rechargeable and promise a 365-day battery life with 10 motion detections per day lasting 30 seconds each. Charging is 4 hours using a regular 5-volt charger. To make sure to get the most out of your battery life, choose the mode that works best for you.

Optimal Battery Life mode is best for high-traffic areas where lots of possible detection is expected. Eufy will do a 30-second recording for each detection in this mode.

Optimal Surveillance mode is for areas with minimal activity and recordings can run up to 60 seconds. Custom Recording mode is adjustable according to your preference.

The battery life at -4°F (20°C) gets shorter. A solar power source can be a good substitute for recharging for cold regions or seasons. Beyond 122°F (50°C) the unit will automatically shut down to avoid overheating. Don’t worry because it will reboot once it has cooled down.

Once you have tried all the hacks to make your Eufy work well but it just wouldn’t cooperate, requesting a replacement is possible within warranty. Many issues reported were resolved just by having a new unit or a different model.

Eufy cameras with motion detection are a good and relatively cheap investment for security. There may be some cons but many of them can easily be solved with simple changes or even a replacement!

Take some time to think about it but don’t take too long to give yourself and your loved ones the security and peace of mind you deserve.

Should You Camouflage Security Cameras?