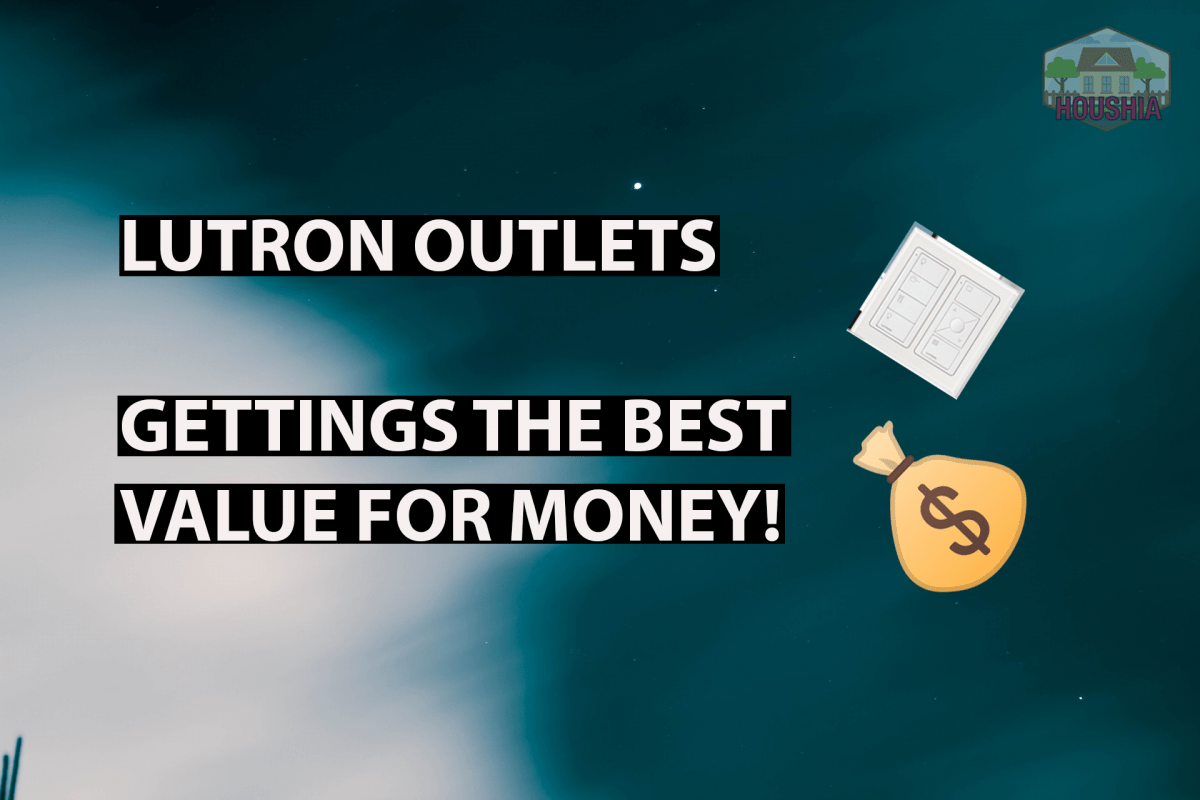 Lutron Electronics Inc. produces one of the best light controlling systems in the world. They have products that range from basic Lutron dimmer switches to entire lighting systems that are of top-notch quality. However, Lutron products, such as dimmer switches and power outlets, are known to be quite expensive. Therefore, the question that needs to be answered is what makes Lutron products expensive.

Why are Lutron Products expensive? Lutron products are expensive because they are the highest quality of lighting available in the market. Lutron outlets are sleeker in design, longer-lasting, and fade resistant than other brands. Its dimmer switches are highly intuitive, durable, and easy to install.

As you read on, you will understand why Lutron products get to be priced at a high range than their cheaper counterparts. Lutron products get to dictate the price ceiling because they have basically no competitor when it comes to quality. Other companies that provide dimmer switches and outlets tend to not directly compete with Lutron, and instead opt for the low price niche. Contrary to the misconception that Lutron products are overpriced, you will learn why investing in Lutron lighting systems will be cheaper in the long run.

It is true, Lutron Outlets and Dimmer Switches are quite expensive. For example, a Lutron CAR Self-Testing Receptacle, a power outlet, would cost you around $60 each to purchase. Meanwhile, a regular power outlet from other reputable brands would just cost you around $10 each to purchase. Clearly, there is a substantial difference in the prices of Lutron as compared to the market.

Reason For the Hefty Price

Lutron is expensive because the company could afford it to be expensive. Lutron Electronics could dare to price their products at such a high price because of the lack of a quality competitor. No existing brand from the market has ever dared to compete with Lutron based on quality and features. Mostly they would compete indirectly and aim for the cheaper substitute niche.

There is no denying that Lutron is definitely at the top when it comes to quality, market distribution, and prestige. By now, the name of Lutron itself is enough for it to command respect. Of course, things will change if a brand dares to compete head to head with Lutron because that will force Lutron Electronics to price their products competitively. For now, many have even commented that Lutron has full control of how they are going to price their products.

Lutron Electronics would not even dare to price their outlets and dimmer switches had they not been confident with their quality. A quick review in most websites would show that Lutron is yet to receive negative feedback on their power outlets, except for its price. Clearly, even the buying market acknowledges that Lutron stands atop the quality ladder.

Lutron Power outlets are known to be very durable, long-lasting, UV fade resistant, and consistent. The plugs of the outlets are consistently firm, which allows you to plug and unplug easily. The outlets of Lutron are also well coated to resist the gradual damage caused by the sun’s harmful UV rays.

Aside from the unique characteristics and topnotch quality, you will be benefited by the sleek designs of Lutron Outlets. The design of the plug of Lutron Outlets is designed in such a way that it does not disrupt the view. It makes the power outlet seamlessly blend in with whatever architectural design there is, whether the outlet is used in museums, hotels, or just a regular but beautiful house.

Another advantage of using Lutron Outlets is that the outlets have a built-in load controller. This load controller prevents your outlets from wasting electricity on Phantom Loads. With this, you can be sure that you are not wasting energy and money.

The only clear disadvantage of using Lutron Outlets is the hefty price tag. Lutron Outlets are significantly pricey than the nearest competitor. While some can bear the expenses and treat it as long-term expenditures on fixtures, some cannot tolerate the high price.

Lutron Outlets Are Worth It On The Long Run

While it may seem expensive, Lutron outlets become worth it in the long run because they are known to last longer than other brands. The usual Lutron power outlet would normally last for up to 25 years. So if you are going to spend money on some power outlets, why not go for the best the market has to offer.

The Value of Lutron Dimmer Switches

Another product marketed by Lutron Electronics is the dimmer switches. Dimmer switches are the devices that can be used to turn on and off a designated bulb. Dimmer switches nowadays also have features that allow you to reduce the light bulb’s brightness without turning it off.

Price Comparison of Lutron Dimmer Switches with its Competitors

Lutron Dimmer Switches are highly intuitive. The design of the switch allows you to easily manipulate the brightness of the light bulb, even when you cannot clearly see, such as nighttime. The buttons are intentionally made to be hard-pressed when increasing brightness and soft-pressed when decreasing brightness. With this, even in the dark, you can clearly be aware of which button you are clicking.

Lutron products are consistently priced high. As already mentioned, the dimmer switches of Lutron are often priced by more than $20 when compared to its competitor. Some can tolerate the price, while some cannot.

Lutron products are often pitted against Leviton products. Leviton is nowhere near Lutron’s price, but both offer the same range of products, from dimmer switches and power outlets to lighting systems. Thus, there is a compelling reason to see how they stack up against each other.

Installation:Leviton is Easier to Install

In reality, both are easy to install, but Leviton edges Lutron in the sense that Leviton does not require a Hub for the dimmer switches to operate. Lutron Dimmer Switches, like Caseta, cannot function without the Hub. Leviton offers you a dimmer switch, such as Leviton DW-series, which is a quick fix and requires minimal setup time.

Lutron Takes the Edge in Technology, Compatibility and Integration

Lutron wins when it comes to technology because although both Lutron and Leviton have scenes and scheduling features, Lutron has geofencing features. Simply put, with Lutron, you can control the house even when you are away and, in the same manner, activate it instantly the moment you step in.

In terms of integration and compatibility, Lutron also takes the win because it can work with Alexa, Google Assistant, Sonos, and other smart home devices. Leviton cannot do this because all of its smart features are already built-in. Lutron also benefits greatly from the existence of a hub because it allows you to reliably control the light bulbs with its Clear Connect Technology.

Leviton Wins on the Warranty Discussion

Lutron only provides its buyers with a one year warranty. This is nothing compared to the five-year warranty offered by Leviton. Although the one year warranty of Lutron could actually be increased to two years, by filling up some questionnaires, still it is not even half the warranty period of Leviton.

To summarize things up, Lutron products stand atop the market when it comes to quality, smart features, and flexibility. For now, they can still afford to price their products highly because there are no apparent “counterparts” to their products; even Leviton does not compete with them directly. If you are wondering whether the Lutron power outlets and all of its other products deserve the hefty price tag on its head, the answer would be yes. The products sold by Lutron are expected to last for decades, why not go for the best the market has to offer.

If you’re interested in reading more about smart lights checkout some of the other houshia articles including: