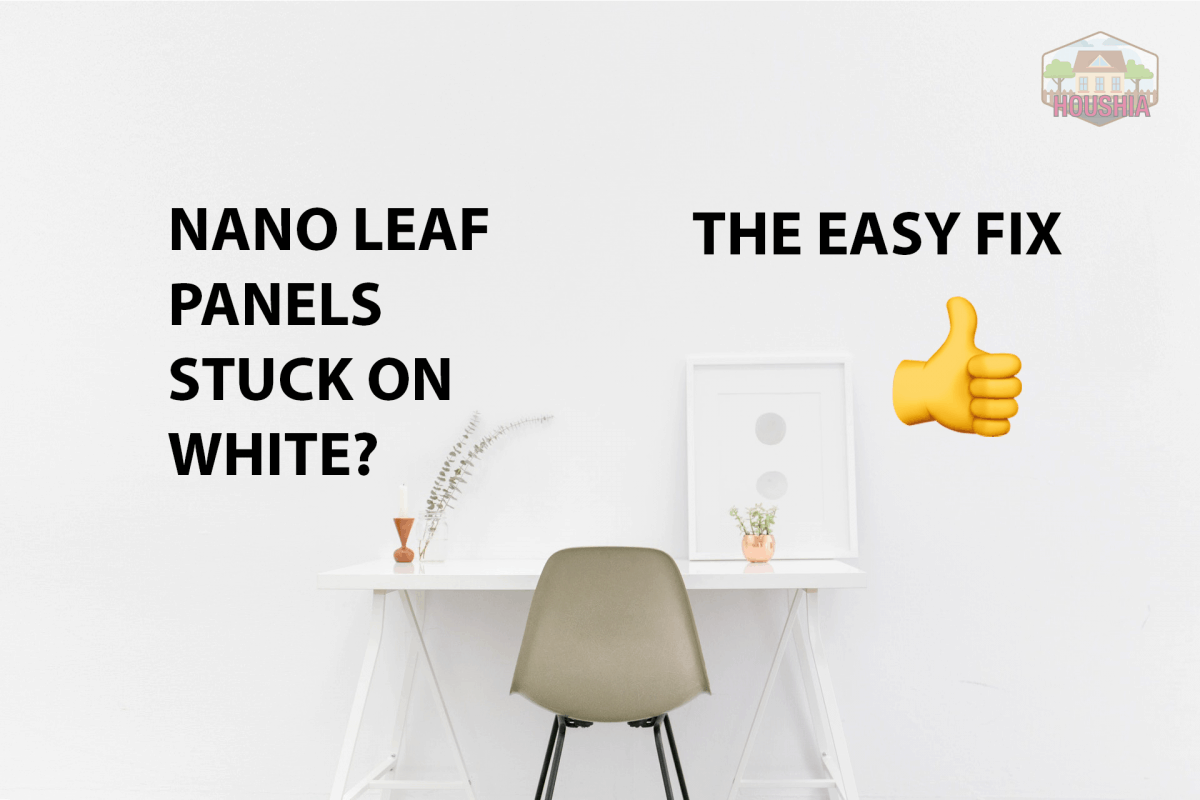 Unlike your regular LED light providers, Nanoleaf specializes in lighting panels that can cycle colors in a certain rhythm, even groove along with the music. However, as sophisticated Nanoleaf panels are, they still get into trouble. Some users have complained that their Nanoleaf was stuck on white. That instead of displaying a sequence of colors, the lighting panels would only display the color white. As problematic as the issue seems, the fix was actually not that complicated.

Do not panic if you encounter the problem of having Nanoleaf panels stuck on white. The problem may only be caused by minor issues such as a defective panel, which causes the color to be stuck. You will also be informed why and how defective rhythm modules can cause the same problem. We will discuss the possible other reasons why your Nanoleaf panels are stuck on white and what are the ways to prevent this from happening again.

Bad Panel Causing Nanoleaf To Be Stuck On White

Your Nanoleaf panels being stuck on color white can be caused by one of your panels not functioning well. Many users have discovered that once they have rotated their panels, the problem is solved. In most cases, the panels are not actually damaged. It’s just that some panels have problems linking with one another.

If the panels or its linkers remain to be defective, even after the rotation of the Nanoleaf panels, then the remedy available for you is to replace it. You can get new ones for free if you contact customer support. The product warranty for Nanoleaf lasts for two years, with a product operation of six hours/day in a seven-day usage per week.

If you do not qualify for the warranty period provided by Nanoleaf, you can always buy a new panel or linker plug. An expansion panel that contains three (3) panels of Nanoleaf would cost you around $58.12. As for linker plugs, you can buy a pack of nine (9) pcs for just $8.99.

Defective Rhythm Modules Can Cause the Problem Too

Your Nanoleaf getting stuck on color white can also be caused by a defective rhythm module. A Nanoleaf rhythm module allows you to have light panels that jive and groove along with the music. Simply put, it is an add-on module that turns your panels into a music visualizer. Sometimes, this rhythm is not functioning well or just flat out defective, making the color changing app unresponsive.

With a defective rhythm module, your only remedy is to remove it. The rhythm module is just an add-on, meaning that you can still have a functional Nanoleaf panel illuminating your room with amazing color displays, such as northern lights. If you really want to experience the benefits of having a rhythm module on, then your only choice is to buy a new one or have Nanoleaf replace it via warranty.

Nanoleaf also covers rhythm modules with a two-year warranty from factory defects. So if you are still within warranty, you can contact customer support and have them replace the defective rhythm modules. Doing so, you can save yourself from spending more money.

If the warranty period has lapsed, your only option is to buy a new rhythm module. A separately sold rhythm module from Nanoleaf will cost only $39.99. Since you will only need one module, the expenses will not be that high.

Before you even do some tinkering on the hardware of your Nanoleaf, you must first consider that the problem may actually be caused by software glitches. So before you start rotating your Nanoleaf panels or even replacing your rhythm module, do a soft reset first. A soft reset is done by the restart of the Nanoleaf device.

By doing the soft reset, malfunctioning applications, such as your shifting colors in Nanoleaf, can sometimes be fixed. When you do a soft reset, you are virtually resetting all the connections of your Nanoleaf light panels. Software malfunctions can be resolved that way.

Doing a soft reset will reset your Wi-fi and panel pairing information. To do the soft reset, start with turning on your Nanoleaf Light Panels. Then using both fingers, press, and hold down the ‘Effect Select’ button and the Power button together for at least 10 seconds. Once the LED on the controller starts flashing, you have successfully done a soft reset and start pairing once again.

Soft resets can fix application malfunctions effectively. However, not all Nanoleaf problems, such as being stuck on white, are caused by software malfunctions. Thus, there are times where soft resets do not solve the problems with Nanoleaf products. Fortunately, another option is available, a hard reset.

Hard resets will restore your Nanoleaf Light Panels factory settings. It will also delete the wifi and pairing information. Your stored memory will be removed and replaced by default device memory. The hard reset will be a better solution to software malfunctions as compared to soft resets.

To do a hard reset on your Nanoleaf light panels, start by unplugging your device from the outlet. Then, proceed to press and hold together the ‘Effects Select and Power’ buttons before plugging the device back on. While still holding the two buttons together, wait until the LED lights on the controller start flashing rapidly.

A hard reset will yield better results as compared to a mere soft reset. By reverting back to its factory settings, you can restart the process of setting up your Nanoleaf light panels. However, if the problem is with the hardware itself, such as a defective panel or a faulty linker, both soft and hard resets will not be much of a help.

Simply put, as long as you do not have problems with wirings or defective hardware, your Nanoleaf light panels should hit the 25,000-hour mark on its third year from usage. You can assure yourself that before the third year, you probably won’t be experiencing any problems with the panels. Regardless, as with most devices, extra care should be done so that you do not hasten the deterioration of the nano leaf panels.

Things that Hasten the Deterioration of the Light Panels

Faulty wiring can damage any electrical devices, including your Nanoleaf light panels. As such, to avoid accelerating the wear and tear over the Nanoleaf light panels, make sure that the house’s wiring systems are in order. Common wiring problems such as spikes in voltages and circuit overloading can severely damage your light panels.

The best thing you can do to prolong the life of the light panels is to have it rest for at least two hours per day. By having it rest, you avoid the risk of it overheating. Resting or turning it off, even for a few hours, allows the device to restart.

Keep it indoors as much as possible. Nanoleaf is not for outdoor usage and is not, therefore, weatherproof and waterproof. The humidity and weather inclement can cause the device to malfunction or even be totally unusable. However, if you can find a casing for it, you can probably have it installed outdoors.

If you’re interested in reading more about some of the more unusual capabilities of nanoleaf lights checkout some of the other houshia articles including:

In summary, the problem of your light panels being stuck on white is being experienced by a lot of other users. The majority of them have been solved by soft/hard resets, switching panels, and module replacements. If your device is newly purchased, most likely, you have bought a defective Nanoleaf panel. Factory defects are covered by a two-year warranty, so better contact customer support and have them replace the defective parts, usually the linker plugs and light panels. Regardless, Nanoleaf light panels are one of the most ingenious lighting panels you can buy in the market.