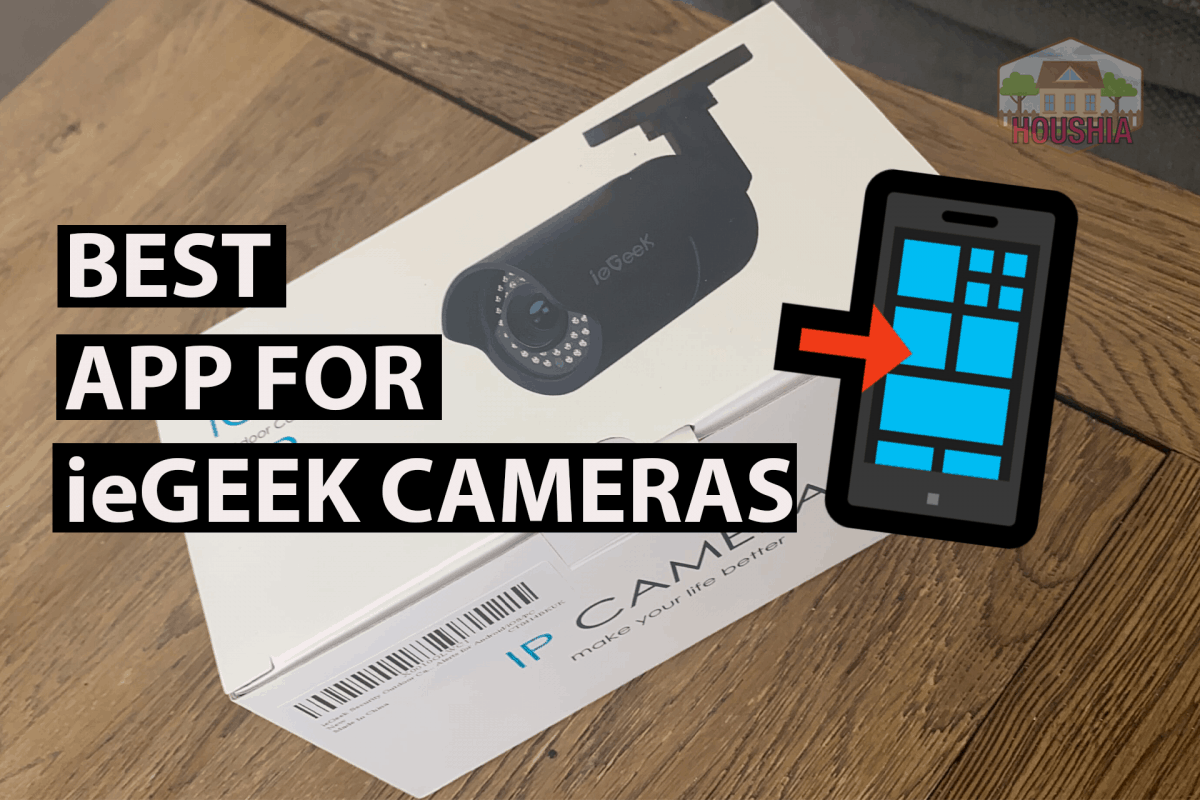 This is an interesting question to answer since ieGeek does things a little differently than other camera brands. Spoiler alert, that might not be a good thing…

In this article we answer what camera app is best for ieGeek security cameras. But in case you’re in a rush, here’s the quick answer.

What app is best for ieGeek cameras? ieGeek recommends using the CamHi or CamHiPro apps. These are third party applications that run on both iOS and Android. ieGeek does not have it’s own bespoke companion application.

That being said, there’s a lot more to this than a quick answer. For instance what are the differences between CamHi and CamHipro? How can you get the best out of CamHi for your ieGeek camera? And lots more so keep reading for these answers and more…

Why Doesn’t ieGeek have it’s own App?

Most reputable home security brands will bundle a companion app alongside their home security products. Ring, Eufy, Blink etc… are great examples of this. Their apps generally include features that allow the user to have a greater range of controls to make adjustments once their security cameras are set up and also to review footage.

With ieGeek however, you find that there is no companion app for their security cameras. Why would ieGeek miss out on this obvious selling point when someone is in the market for a security camera?

I think the simple answer to this is cost. ieGeek tends to focus on the budget conscious side of the market and as a result their margins will be much tighter. This doesn’t leave much extra room to invest in bespoke software development to produce a custom companion app.

You will also note that one of the sales pitches for ieGeek cameras is that there are no hidden monthly fees and they cater for continuous 24/7 recording. This is both a feature but also a drawback in they won’t have a budget that the other manufacturers have in the form of a recurring subscription fee to premium services.

It’s the recurring payment that allows other companies such as ring and blink to invest in the software development cost to produce a custom companion app for their products.

It all comes down to costs!

Is CamHiPro Better than CamHi?

This is slightly confusing right? I know I was when I read the user manual and it say you can either use CamHi or CamHiPro. I mean what’s the difference?!

Are There Any Alternatives to CamHi?

In ieGeeks own user manual they recommend using CamHi or CamHiPro. However when you go past page one they almost exclusively refer to CamHi. All the instructions and screenshots are from that app. So You might be wondering if there are alternative camera apps that would be compatible with ieGeek cameras?

I’ll caveat what I’m about to say by stating that I haven’t used these apps myself. I only know that both the apps and the ieGeek cameras support the same security camera standards so should in theory be compatible.

Since ieGeek has gone down the non companion app route, they have opted for open standards instead. Which potentially could open up a bunch of different options for the consumer.

Getting 12 reviews and 3.0 stars on average. This app has some pretty mixed reviews. That being said, if you type “security camera” into the App Store on iOS then this is the top result.

Since it’s based on the IP camera app standard then there’s a good chance it will be compatible with ieGeek products since they also follow this spec.

This is possibly one of the more well known apps for IP cameras. having an average rating of 4.3 on the App Store. With some solid reviews from users. I’d say if this is compatible with ieGeek security cameras then it could be a good option to check out.

It’s also receiving semi regular updates, which indicates its actively being developed. Which is great if you are wanting to use an app long term. Since developers will be submitting bug fixes and keeping the software stable.

When you type into the App Store “CamHi” which is what ieGeek recommends. You are also presented with a bunch of very similar named apps. One of which is HiKam Pro. I suspect some of these companies or individuals named their apps similar to CamHi so to get potential users when they search for CamHi and accidentally install HiKam instead.

The app has zero ratings or comments on the App Store. So I would probably avoid this one if possible.

This app has a handful of ratings (2 to be exact) with an average rating of 3.5. When you have this few reviews I’m also suspicious of if the positive reviews are genuine or not.

Again I’d probably avoid this one, if I were you.

There are plenty of alternatives to using the CamHi app recommended on ieGeeks user manual. However those alternatives are not all created equal. For me, if I were choosing an alternative app, then I’d opt for the one that has the most number of reviews. Has many comments and the broadest level of compatibility with IP cameras.

It also helps if that app is receiving updates and patches. Since it will be that you’re less likely to experience bugs and software glitches.

You could even contact the developer and request software updates if you encounter bugs.

So out of the list above I’d go for the IPCams app since it ticks most of those boxes.

Ok that’s if for this article. If you’re interested in reading more about ieGeek or home security check out some of the other articles we have:

Can You Trust ieGeek?

How to switch ieGeek to WIFI

How to setup ieGeek cameras